Eric Hou is a junior at Dougherty Valley High School. He is the Math Club Leader of Global Leadership Initiative in 2014. He is a competitive programmer, and enjoys many STEM-related topics, having reached the semifinal rounds in many national olympiads. He is currently working on a project directed towards the goals of MIT's Big Data Initiative. In addition to STEM-related topics, Eric enjoys competitive debate. He loves to read, play the piano, and of course give back to the community his free time.

Annie Pang is currently the Vice President of Human Resources in Global Leadership Initiative. She is also a tutor of ESL(English as a Second Language) students and has been involved in various fundraisers. In 2014, Annie performed in the GLI Talent Show as the leader of a quartet. She likes reading; participating in colorguard; playing the piano, flute, and french horn; and working with computers

Jerry Lai is the current Vice President of Marketing and Planning of Global Leadership Initiative. He has been a part of the organization since 2011, as a core member in 2012, and as a secretary in 2013. He has done many volunteer events with GLI such as SF City Impact and CAST, planning the college seminar and performing in the annual summer Talent Show Fundraiser. Jerry has many hobbies. He enjoys playing basketball and swimming, playing piano and saxophone, listening to music, watching TV, playing video games, sleeping and eating. He hopes his experience will help Global Leadership Initiative grow and prosper.

Diana Fan is a 10th grader in Amador Valley High School. She is the Arts Designer in Global Leadership Initiative in 2013-2014. She managed the GLI 2014 Cookie Fundraiser. In her free time, Diana likes to draw both digitally and traditionally.

John is a 9th grader in Amador Valley High School. He is curtly the Fundraising Coordinator of Global Leadership Initiatives. He loves badminton, track, tennis, basketball. 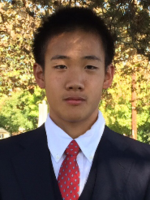 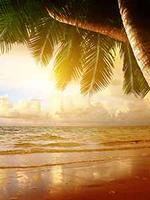 Kevin Gao is the 2014-15 Webmaster of Global Leadership Initiative and the instructor of GLI Math Count club. He built up brand new GLI website in 2014 due to the passion on Computer Science. He started to involve in GLI activities at SF City Impact in 2013, At school, he joins in many clubs such as Math Count, DECA, Science Olympiad, and the Engineering Club. Kevin loves playing violin and is a member of school orchestra, as well as the California Youth Symphony. Sport is another important part in his life, he plays basketball, water polo, and swims. In his free time, he enjoys reading, building 3D models .and game coding.

Lillian Du is 11th Grade in Amador Valley High School Bio, she is Linda Du's twin sister. They are co-treasurers in Global Leadership Initiative in 2014-2015. She plays the clarinet in Amador's Wind Ensemble 1 and in a clarinet quintet. She is also a part of Amador's Red Cross and SciFY Club. She enjoys making (and eating) food. 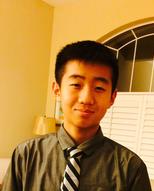 Shannon Yan is currently the Secretary of GLI. She is passionate about books, table tennis, and music. She plays piano and cello, and is a cellist in her school orchestra. She has participated in many GLI activities and is happy to be an officer this year.

Alex is a 10th grader at Miramonte High School. He is the project director for the Global Leadership Initiative in 2014-2015. He has many interests including in math, physics, and tennis. He recently led a project to tutor some middle school students for math competitions.

Benjamin Song is a 10th grader at Foothill High School..  He has been a core member of Global Leadership Initiative for 3 years. He was GLI  Webmaster in 2013-2014,  and  the VP of Operation and Development in 2014-2015. He has participated in SF city impact, Talent show, and cookie fundraisers. He likes swimming, and has been swimming for 7 years at Pleasanton Seahawks.

Angela is a competitive figure skater, dancer, and aspiring rapper. In addition to juggling numerous AP and Honors classes, She loves to write and draw in her free time. She is one of the VPs of her high school's DECA chapter, as well as the President and Founder of her own writing club, which helps kids create their own books. She also loves being a skating coach, a volunteer for Congressman Eric Swalwell, a high-achieving student, and an individual who is passionate about giving back to her community.

VP of Operation and Development

Wynne Zhang is the Executive Vice President in Global Leadership Initiative in 2014-2015 and was Vice President  in 2013-2014. She was a significant contributor to the 2014 Talent Show Fundraiser.

Allison Dai is one of Global Leadership Initiative's 2014-15 senior advisors. She was the Co-President of GLI in 2013-2014, and before that, the  VP of Fundraising for two terms (2011-2012, 2012-2013). After joining as a freshman, she participated in the Global Winter Wonderland project, City Impact, and the shoe project with Action for Children in Uganda. After returning, she organized the first Christmas Cookie Sale and the first two annual Talent Shows in order to financially support the orphans she met during her trip in Uganda. At Amador, Allison is the VP of Public Relations for AVHS DECA. She loves ice skating and her synchronized skating team, the Dublin Dazzlers, has been the ISI World Champions for four years in a row.

Hannah is the Vice President of Finances in Global Leadership Initiative in 2014-2015. She was the Treasurer of GLI in 2013-2014. She has been involved in a variety of fundraisers, and is the top salesperson in GLI. She enjoys reading, listening to music, painting, tindering, and walking to her refrigerator. She plays guitar and piano, and is involved in Amador Valley DECA.

Richard  was the GLI Secretary from 2012- 2013 and the GLI Co-President from 2013-2014. Richard assisted in running a Leadership Forum and organized a series of debate seminars. He interviewed CA Assembly Candidate Catharine Baker and Danville Mayor Newell Arnerich before the 2014 Primary Election. Richard is also a member of the Key Club and the National Honor Society. He is also actively involved in Speech and Debate, he founded debate clubs at Foothill High School and Hart Middle School. He led and coached GLI's Debate seminars.

Cherri was part of the very first officer team and has previously been the Treasurer, Secretary, and Executive Vice President. Although she loves science and attended COSMOS for biotechnology, she has a passion for law and business and is the Vice President of Mock Trial, founder of FBLA, and executive member of Amador DECA. When she is not being an ambitious student, Cherri ice skates, twirls in ballet class, reads, or volunteers!

Max Zhuang is a strong, independent person who passionately loves saber metrics, geography, and physics. In his freetime, when he is not reading books by Nate Silver, Mathew Berry, or Bill Simmons, he enjoys watching television shows, for example Grey's Anatomy and Scrubs. He also loves the outdoors!