Gavin Yin is a junior at Amador Valley High School. Gavin has participated in numerous GLIFY volunteering events such as the Talent Show, SF City Impact, Cookie Fundraiser, Open Heart Kitchen, Friends of Children with Special Needs (FCSN), and the Alameda County Fair. For this year, he will co-lead the SF City Impact and Alameda County Fair projects. During his free time, Gavin enjoys playing golf. He also likes to travel and play video games. 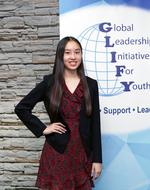 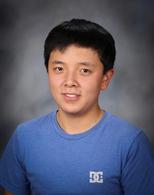 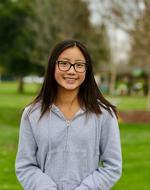 Eric Luo is currently a senior at Dougherty Valley High School. He has been a member of GLIFY for several years. Since 2016, he has been a GLIFY officer where he served as the Secretary, VP of Human Resources and most recently, Co-President. Eric has participated in many GLIFY events, such as the GLIFY Talent Show, Gala, and College Forum. He has also led multiple GLIFY events, including San Francisco City Impact. Outside of GLIFY, Eric enjoys participating and competing in his school's tennis and Speech and Debate team. 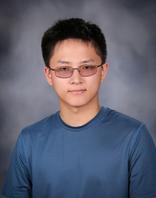 Joey Huang is a sophomore at Dublin High School. He is Webmaster of GLIFY and has been a part of many different GLIFY activities in the past. He is proficient in many different programming languages, such as Python, HTML, CSS, C++, and Java. Joey is also an accomplished swimmer and in his free time enjoys robotics, video games, and piano. 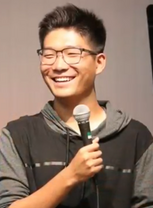 Vivian Hir is currently a junior at Quarry Lane School. She joined GLIFY in 2017 and is Co-President of GLIFY. She initiated and led the flea market fundraising event to help KHEN Cambodia in 2018. In addition, she started the Reutlinger Senior Center Music Performance project that is held on a monthly basis since 2018. She once was the middle school head of the Orphanage Club at Taipei American School. At Quarry Lane, she is the founder of the Global Education Club. Also, she is the school’s Science Olympiad vice-captain and participates in Chemistry Olympiad. In her free time, she enjoys listening to music, reading, and playing the piano. 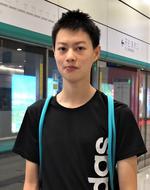 Brianna Zhang is a freshman at Dougherty Valley High School and is Secretary of GLIFY. She has participated in numerous GLIFY events including the Flea Market, Talent Show, and FCSN. Brianna currently co-leads GLIFY’s Living Arroyos project which helps clean and restore streamside habitats in the area. In her free time, she enjoys reading, baking, and playing the violin.

Roy Lin is a senior at Dublin High School. He is currently a Senior Adviser of GLIFY. Formerly, he served as Co-President, VP of Operations and Development and Treasurer. Since 2014, he has been involved in and led GLIFY activities such as the Mental Health Seminar, Talent Show, Cookie Fundraiser, College Forum, and the Year-End Gala. He also spearheaded the Open Heart Kitchen and Fertile Groundworks projects. Roy strives to help mentor succeeding officers. 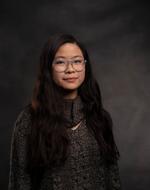 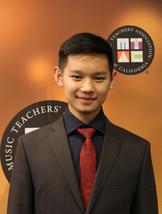 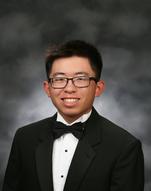 Evan Xu is a senior at Dublin High School. He has been an officer of GLIFY for three years. He has participated in or led various activities. Evan is currently organizing GLIFY members, on a monthly basis, to volunteer for the Fertile Groundworks Farm in Livermore. During his free time, Evan enjoys video games and media. 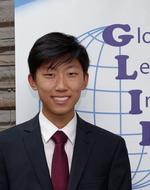 Jessica Phongsa is a junior at Dougherty Valley High School. She is Art Designer for GLIFY and participates in many of GLIFY’s annual events, including the Talent Show, SF City Impact, and volunteering at Friends of Children with Special Needs. Outside of school, she enjoys playing the violin, piano, and making art. 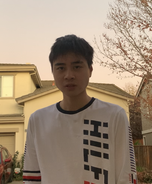 Daphne Yan is currently a sophomore at Granada High School. She has been a member of GLIFY for five years and previously served as Secretary for GLIFY. She is involved in many GLIFY events, including emceeing the 2019 Mental Health Seminar and 2019 GLIFY Talent show. She is currently leading in the GLIFY Leadership Training Workshop. Outside of GLIFY, Daphne is enjoys public speaking, debate, writing, cooking, and is actively involved in the GHS Cybersecurity Club, GHS Peer Health Educators, GHS Girls Who Code Club, and LHS Debate Club. 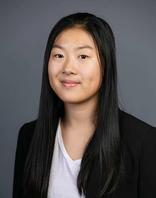 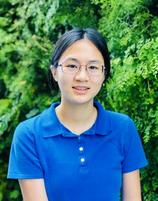 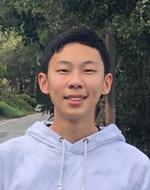 Brighton Young is a junior at Amador Valley High School. He is a Volunteer Coordinator at GLIFY and leads Fertile Groundworks project. Brighton has taken part in numerous other GLIFY activities such as the Open Heart Kitchen and SF City Impact. As Volunteer Coordinator, Brighton promises to utilize his six years of leadership training to ensure the success of GLIFY and its members. For fun, Brighton enjoys piano and bike riding.

Matthew Yuan is a junior attending Amador Valley High School. He is currently VP of Membership of GLIFY. This is his fourth year being a member of GLIFY and he has participated in many GLIFY events. He is a Co-Lead of the Alameda County Fair project and FCSN Lego Robotics Class. In his free time, he likes to play jazz piano and spend time with friends. 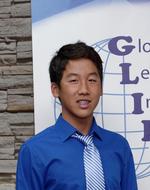 Kellie Liu is a junior at Dougherty Valley High School. She is currently a Volunteer Coordinator of GLIFY. Kellie has participated in several GLIFY volunteer events such as Cookie Fundraiser, Friends of Children with Special Needs, Fertile Garden Works, City Impact, Mental Health Form since she joined GLIFY in 2018. In her spare time, she enjoys playing musical instruments and drawing.

Kevin Li is a Senior at Dublin High School. He is Executive Vice President of GLIFY. Previously, he was the Vice President of Finance and Treasurer and has been a part of GLIFY since 2016, participating in numerous events. He started the FCSN Lego Robotics Class and has continued to organize and lead it. In his spare time, he likes playing tennis, video games, and coding.

Justin Wang is a junior at Dougherty Valley High School. He has been a GLIFY member since 2014. Prior to being elected Co-President of GLIFY, he served as Secretary as well as VP of Public Relations and Community Affairs. In addition to leading in GLIFY events such as the Talent Show, Cookie Fundraiser, and the Mental Health Seminar, he was editor-in-chief for Global Leadership Tribune. Justin is an accomplished pianist and loves to use music for volunteering.​

Florence Lin is currently a freshman at Amador Valley High School. She is Treasurer at GLIFY and co-leads the club’s volunteer work at the Open Heart Kitchen. She has participated in multiple GLIFY activities such as the Handmade Card Fundraiser and SF City Impact Outreach. Florence is a competitive year-round swimmer with the Pleasanton Seahawks.​

Justin Zhao is currently a sophomore at Amador Valley High School. He is currently the VP of Operations (Internal Affairs) of GLIFY. He has been involved in various volunteer activities such as the Alameda County Fair, Talent Show and College Forum. He leads the Open Heart Kitchen project. Outside GLIFY, he enjoys science competitions, MUN and marching band. 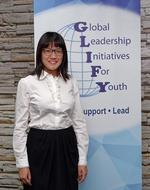