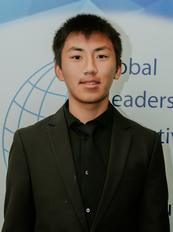 Elaine Peng is a junior at Dougherty Valley High School. She has been a member of GLIFY for the past three years and has previously served as Treasurer. Elaine has participated in volunteering events such as the Reutlinger Senior Performance, Alameda County Fair, and Kids Against Hunger. In her free time, she enjoys painting and playing the piano.

Jason Hu is a freshman at Amador Valley High School. He led the 3D Design and 3D Printing Class and the Alameda County Fair. He also co-lead the Summer Basketball Camp. He has participated in many GLIFY events as well, such as Living Arroyo Creek Cleaning, Medshare, and Crayon Sorting events. In his free time, he enjoys playing basketball, hanging out with friends, and listening to music. 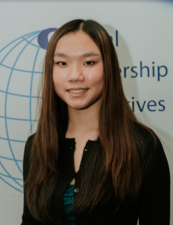 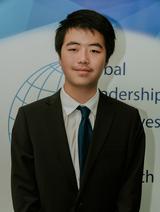 Ryan Xu is a junior at Dublin High school and is currently the VP of Finance. He has been a member of GLIFY since 2017 and previously was also the VP of Finance. He currently leads the Fertile Groundworks event and has participated in many events such as MedShare, crayon sorting, City Impact, and cookie fundraising. In his spare time, Ryan enjoys playing video games, reading, and kung fu.

Lawrence Zhang is a sophomore at Las Lomas High School and has been a member of GLIFY for over two years. He has previously held the position of volunteer coordinator within the organization and is currently co-leading the Oakland Nursery and White Pony Express. Lawrence is also an active volunteer for Kids Against Hunger, Crayon Sorting, and Living Arroyos. In his free time, he enjoys hiking, skiing, and playing video games with friends. 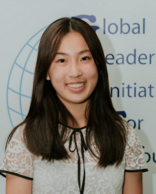 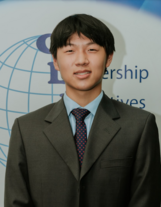 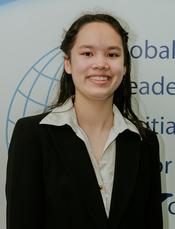 Victoria Xu is a sophomore at Dougherty Valley High School and previously served as a Volunteer Coordinator. Victoria has co-led the Math Workshop, MedShare, and Alameda County Fair projects. As an active GLIFY member, she has participated in events such as Kids Against Hunger, COVID testing kits, and the Crayon Initiative. In her free time, Victoria likes to run and read.

Brianna Zhang is a senior at Dougherty Valley High School and has been a member of GLIFY for over four years. She previously served as the Co-President, VP of Public Relations, and Secretary. Brianna has led projects such as Living Arroyos, Alameda County Fair, Christmas Shoebox Packing, and Reading/Critical Thinking Program. She is also an active GLIFY volunteer and has participated in events like Reutlinger Music. 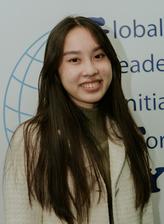 Audrey Xi is a sophomore at Dublin High School who previously served as Volunteer Coordinator. She founded and led the Writing Camp project and currently co-leads Living Arroyos. She also oversees GLIFY's publicity efforts, including GLIFY's Monthly Newsletter. As well, she has participated in many GLIFY events, such as Chocolate Making Fundraiser for Kids Against Hunger, Fertile Groundworks, Mental Health Jewelry Making Workshop, and the Crayon Initiative. In her free time, she loves dancing, writing poetry, spending time with her family and friends, and listening to music. 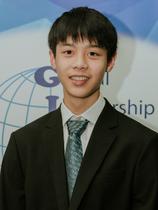 Tim Fan is a junior at California High School and has been a member of GLIFY since 2019. Tim has participated in numerous GLIFY events including Public Speaking sessions, Kids Against Hunger, Face Shield projects, MedShare, City Impact, etc. and is currently leading the GLIFY Crayon Sorting project. In his spare time, Tim enjoys socializing with his friends and playing tennis. 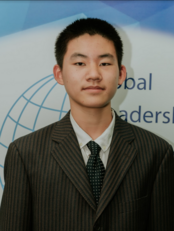 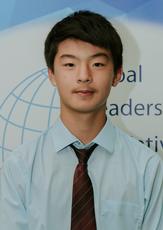 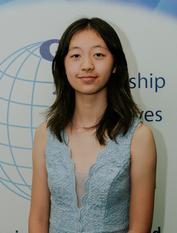 Kacie Hu is a junior at Amador Valley High School. She has been a member of GLIFY since 2018 and previously served as Member Development Manager and VP of Membership. She leads the Public Speaking & Leadership Program, and initiated the GLIFY Debate Camp, Summer Basketball Camp, and the Hand in Hand We Rise Scholarship. Kacie enjoys volunteering in all kinds of GLIFY events and also hosting events such as the College Forum and GLIFY Gala. In her free time, she enjoys watching sunsets with her friends, playing basketball, and discovering new music. 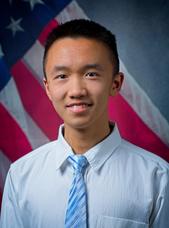 Nadia Fan is a freshman at California High School. She is currently the Chief Editor for GLIFY. Nadia has participated in numerous GLIFY events including Crayon Sorting, Kids Against Hunger, COVID Testing Kits, and many more. Nadia is currently leading the GLIFY White Pony Express project. When she has free time, Nadia enjoys playing volleyball, listening to music, and going on bike rides with her friends and family. . 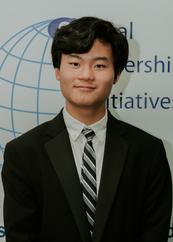 Siqi Li is a current freshman at Dublin High School and Volunteer Coordinator of GLIFY. She joined GLIFY in 2021 and has since participated in multiple events such as Fertile Groundworks, White Pony Express, Kids Against Hunger, Medshare, and more as well as co-leading the San Lorenzo Family Help Center. Outside of GLIFY, Siqi spends time playing viola, piano, and fencing. 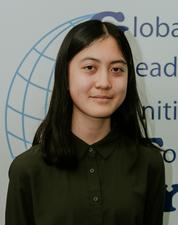 Hayden Lee joined GLIFY in 2021 and now is the Multimedia Manager of GLIFY. He is now a freshman at Dougherty Valley High School. He is also 14 years old. He was once a historian in Boy Scouts which is a very similar role as the Multi-Media Manager. What he has done as the Historian in Boy Scouts was make videos of the Court of Honor, which is a ceremony. His hobbies are scouting, swimming, playing video games, and more.

Jeremy Li is a freshman at Amador Valley High School. He has participated in many GLIFY events like Living Arroyos, Covid Test Kit Assembly, Fertile Groundworks, and many more. Jeremy has already been a part of GLIFY for many years as a member and project leader. He enjoys listening to music, playing sports, and hanging out with friends in his free time. 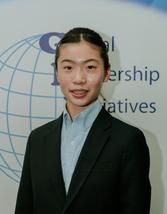 Shaun Gao is currently a Junior attending Dougherty Valley High School. He has been a member of GLIFY since 2019. He has been the webmaster and VP of Technology in previous years and has been co-leading the MedShare project. He has participated in numerous GLIFY events including Music Production Class, Kids Against Hunger, Oakland Fertile Ground, Christmas Shoebox Gift Collecting, and more. Shaun likes Math, Physics and enjoys running. He is a member of the school Cross Country Team as well as Track and Field Team. In his free time, he enjoys playing video games and basketball.

​Samuel Wu is a senior at Dublin High School and one of the current senior advisors. He has previously served as the GLIFY Co-president and VP of Membership. He has participated in many GLIFY events, previously leading the Family Help Center, Alameda County Food Bank, and 2020 Census Phone Banking Campaign projects as well as co-leading the Medshare, FCSN Lego class, and Kids against Hunger projects. In his free time, Samuel enjoys camping, listening to music, and playing sports.

VP of Fundraising and Donation 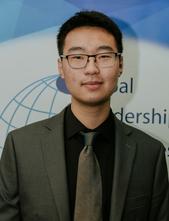 Sophia Henningsen is a freshman at Dublin High School. She has been a member of GLIFY for one and a half years. Sophia has led Beast Academy Math Class, and has co-led COVID Test Kit Assembly. She currently co-leads Math Workshop. Sophia has also participated in Fertile Groundworks, Reutlinger Senior Center Concert, Adopt a Senior, and several other projects. Furthermore, she is the lead student coach for Fallon Middle School’s MATHCOUNTS team. In her free time, she likes to read, draw, and play the piano.

Joshua Wu is a Freshman at Dublin High School and has actively volunteered in GLIFY activities for three years. He has led projects such as Medshare and San Lorenzo Family Help Center. He has also participated in events such as Kids Against Hunger, Alameda County Fair, COVID test kits, crayon sorting, City Impact, FCSN Lego Robotics, and GLIFY Gala. In his free time, he enjoys painting, photography, sports, and cooking. 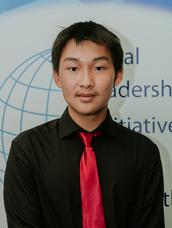 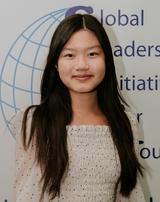 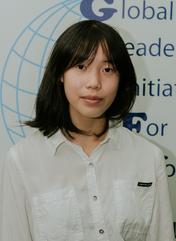 Maddy Zhang is a junior at Amador Valley High School and has been a member of GLIFY for three years. She has previously served as Secretary and VP of Public Relations, and she has led several GLIFY events, such as Adopt a Senior and the COVID Test Kit Assembly Project. She also started and led the Monthly Newsletter for GLIFY. In her free time, she enjoys going out with friends and cheerleading. ​ 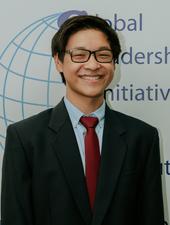 Michael Zhang is a junior at Livermore High School. He has been a member of GLIFY since 2019 and has previously served as member development manager. He leads Living Arroyos, initiated Math Workshop and FCSN Math Fun-damentals programs. In his free time, he enjoys playing video games with his friends and playing the piano.

Eric Xiao is a Sophomore at Dublin High School. He previously served as the GLIFY Secretary. He has participated in many GLIFY projects, such as Fertile Groundworks, Kids Against Hunger, the Crayon Initiative, and many more. In his spare time, Eric enjoys reading, coding, and math.